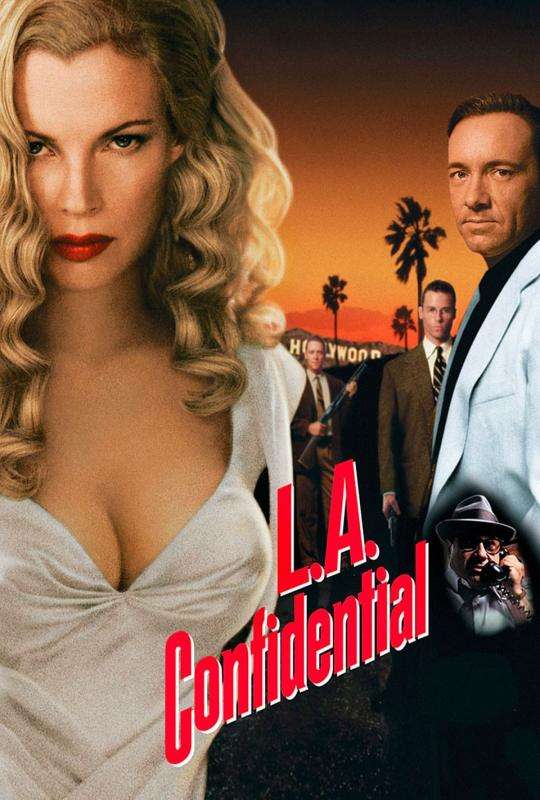 Three policemen, each with his own motives and obsessions, tackle the corruption surrounding an unsolved murder at a downtown Los Angeles coffee shop in the early 1950s. Detective Lieutenant Exley (Guy Pearce), the son of a murdered detective, is out to avenge his father’s killing. The ex-partner of Officer White (Russell Crowe), implicated in a scandal rooted out by Exley, was one of the victims. Sergeant Vincennes (Kevin Spacey) feeds classified information to a tabloid magnate (Danny DeVito).

Off the record, on the QT, and very hush-hush… See more »