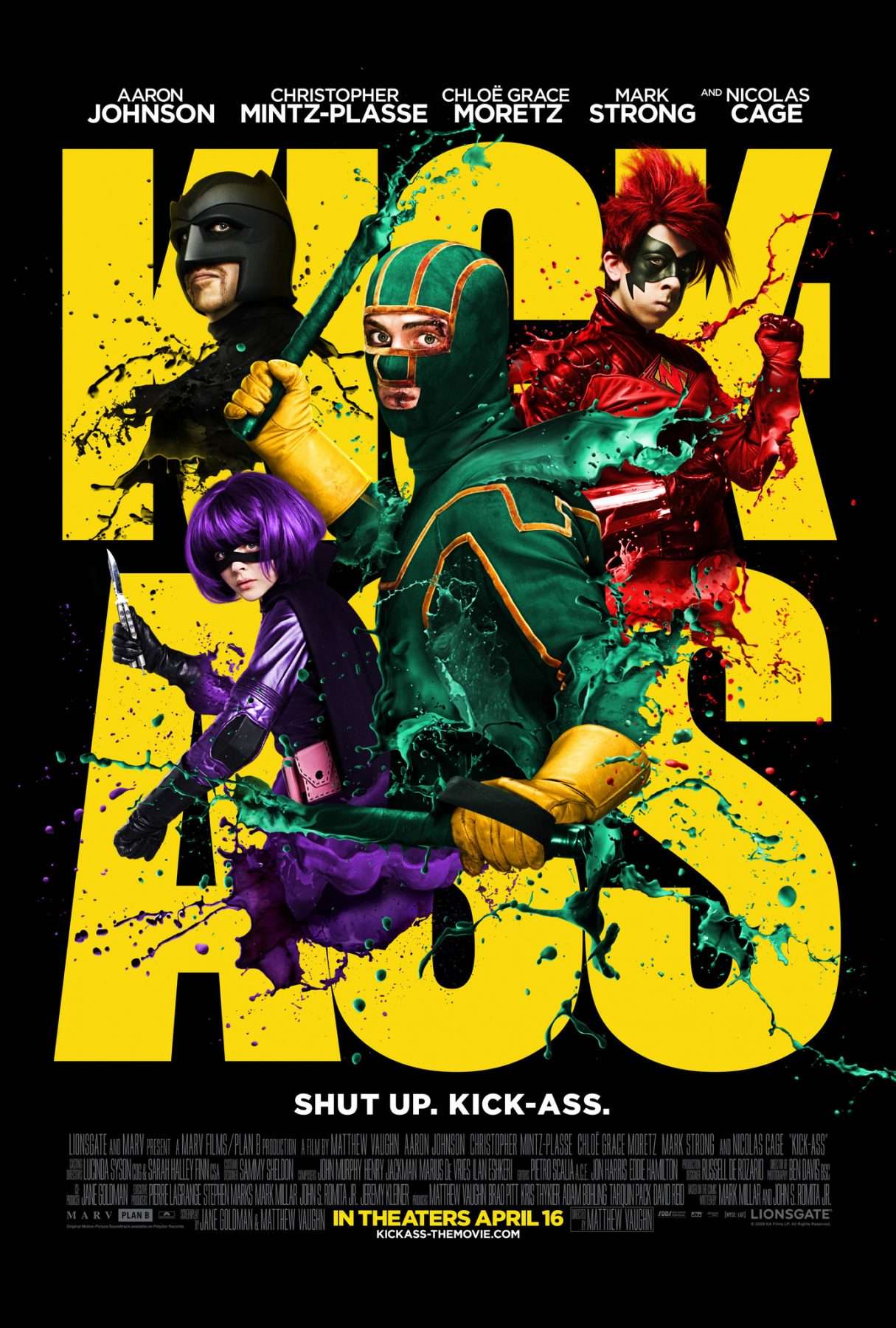 Using his love for comics as inspiration, teenager Dave Lizewski (Aaron Johnson) decides to reinvent himself as a superhero — despite a complete lack of special powers. Dave dons a costume, dubs himself “Kick-Ass,” and gets to work fighting crime. He joins forces with the father/daughter vigilante team of Big Daddy and Hit Girl, then befriends another fledgling crime-fighter called Red Mist (Christopher Mintz-Plasse), but a scheming mobster soon puts their alliance to the test.

I can’t fly. But I can kick your ass.