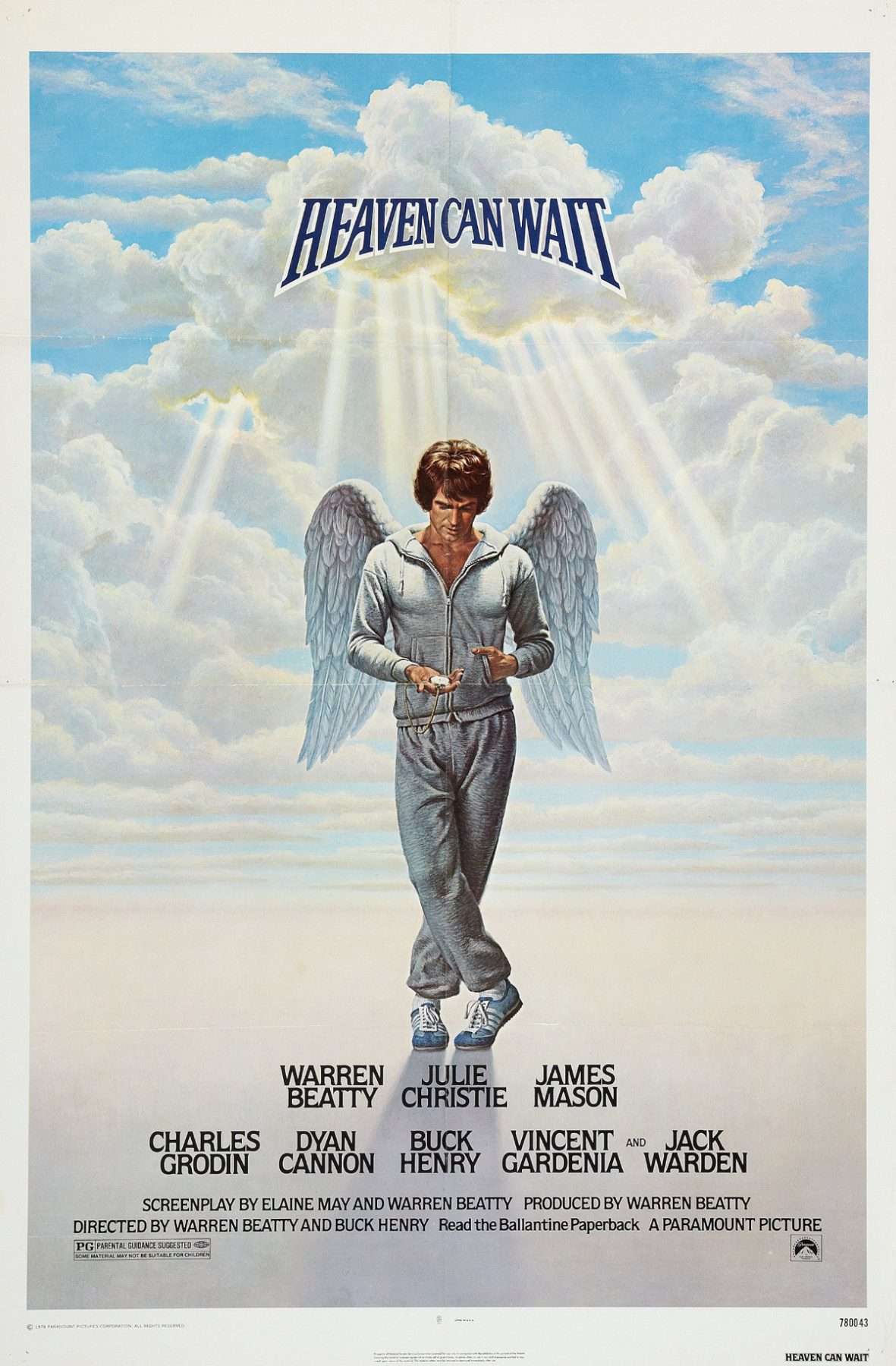 Joe Pendleton (Warren Beatty), quarterback for the Los Angeles Rams, is killed in an auto accident. In the afterlife, Joe discovers that his guardian angel (Buck Henry) has taken him from his body prematurely, and he is due many more years on earth. Unable to return to his body, Joe assumes the form of greedy multimillionaire industrialist Leo Farnsworth. As Farnsworth, Joe attempts a return to football and falls in love with environmental activist Betty Logan (Julie Christie).

Joe Pendleton…the only guy who ever raised Hell about going to Heaven.