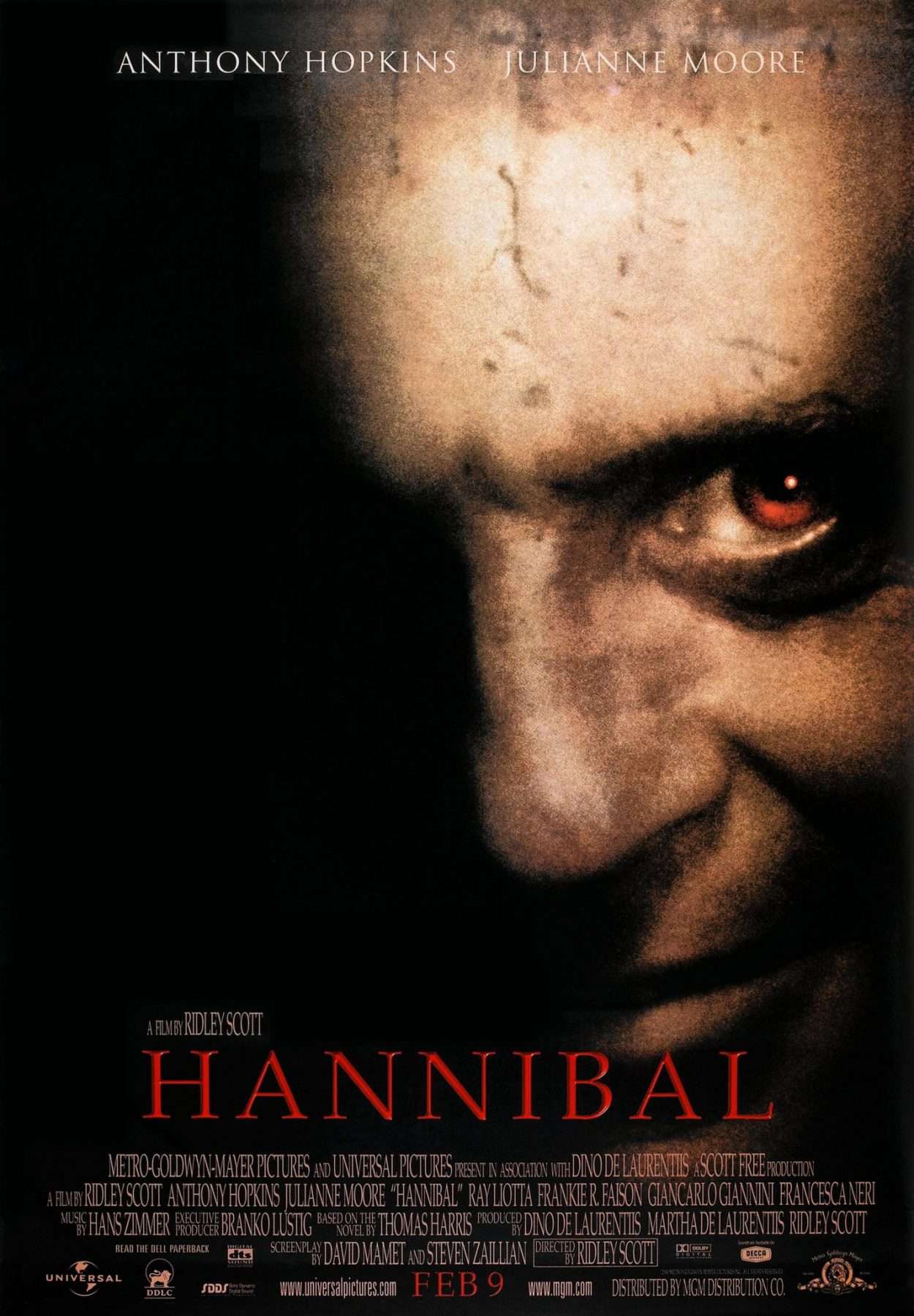 Hannibal is a 2001 American psychological horror-thriller film directed by Ridley Scott, adapted from the 1999 novel by Thomas Harris. … Set ten years after The Silence of the Lambs, Hannibal follows Starling’s attempts to apprehend Lecter in Italy before his surviving victim, Mason Verger, captures him.