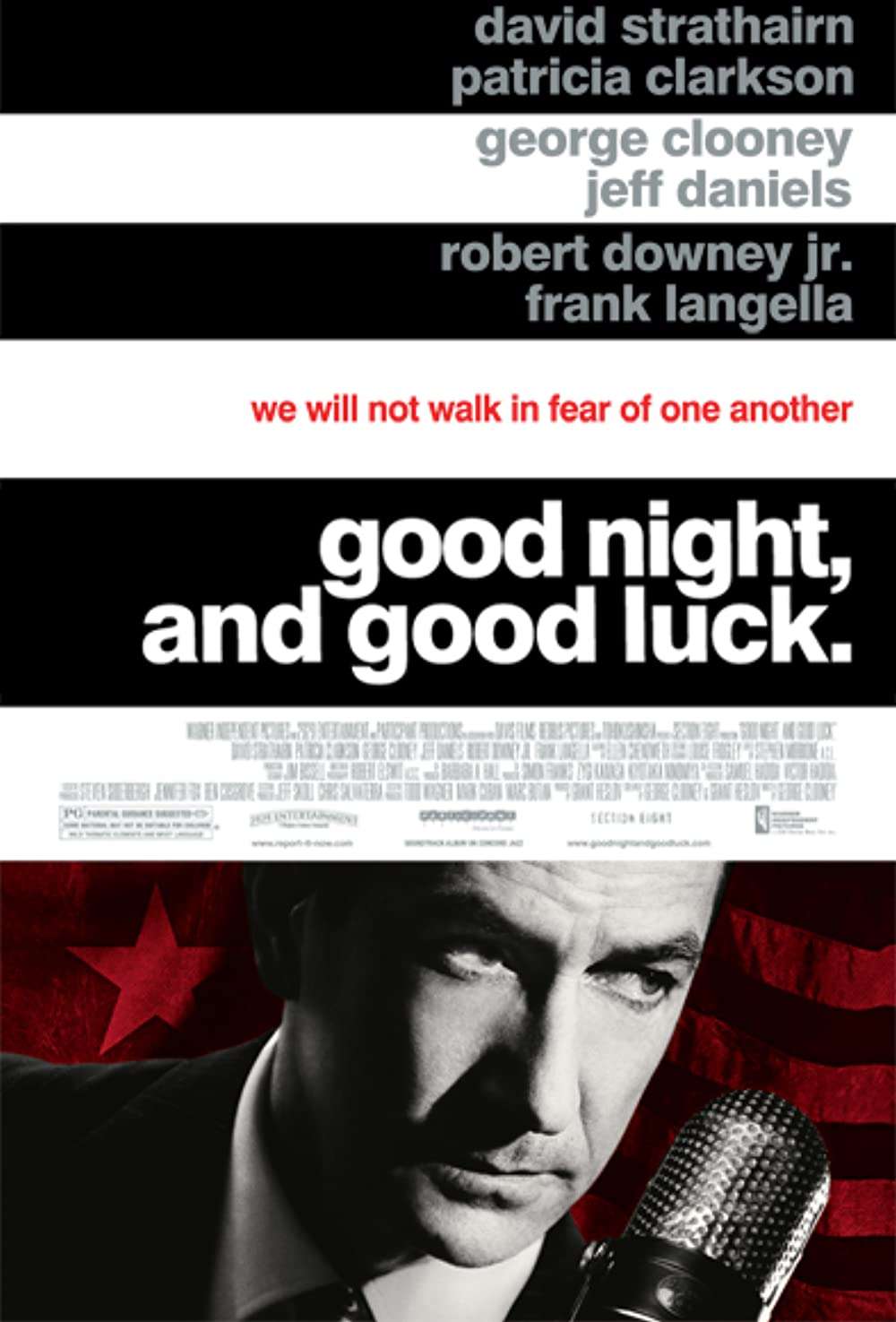 When Senator Joseph McCarthy begins his foolhardy campaign to root out Communists in America, CBS News impresario Edward R. Murrow (David Strathairn) dedicates himself to exposing the atrocities being committed by McCarthy’s Senate “investigation.” Murrow is supported by a news team that includes long-time friend and producer Fred Friendly (George Clooney). The CBS team does its best to point out the senator’s lies and excesses, despite pressure from CBS’ corporate sponsors to desist.

We will not walk in fear of one another.