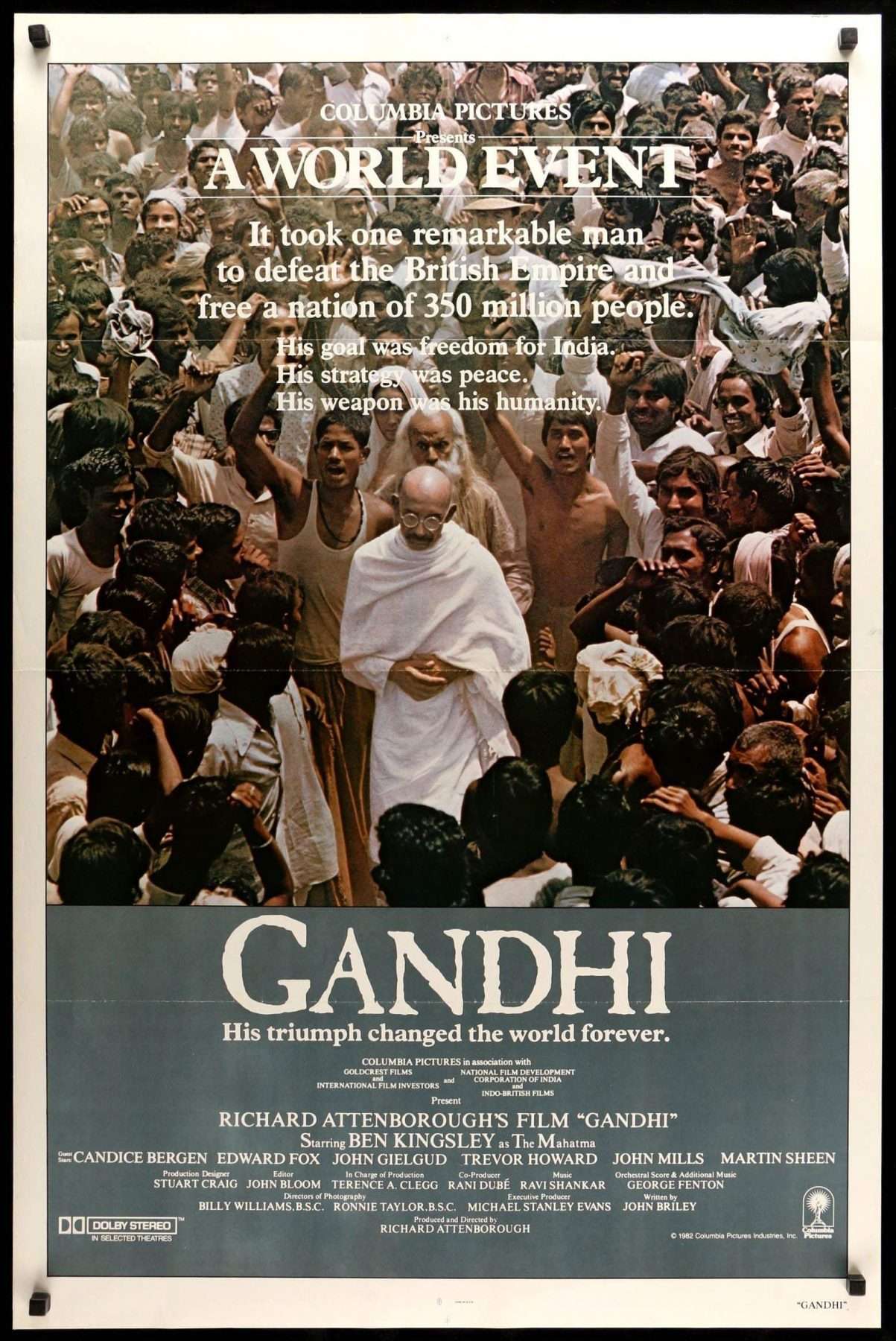 This acclaimed biographical drama presents major events in the life of Mohandas Gandhi (Ben Kingsley), the beloved Indian leader who stood against British rule over his country. Dedicated to the concept of nonviolent resistance, Gandhi is initially dismissed by English officials, including the influential Lord Irwin (John Gielgud), but eventually, he and his cause become internationally renowned, and his gatherings of passive protest move India towards independence.

The Man of the Century. The Motion Picture of a Lifetime. See more »