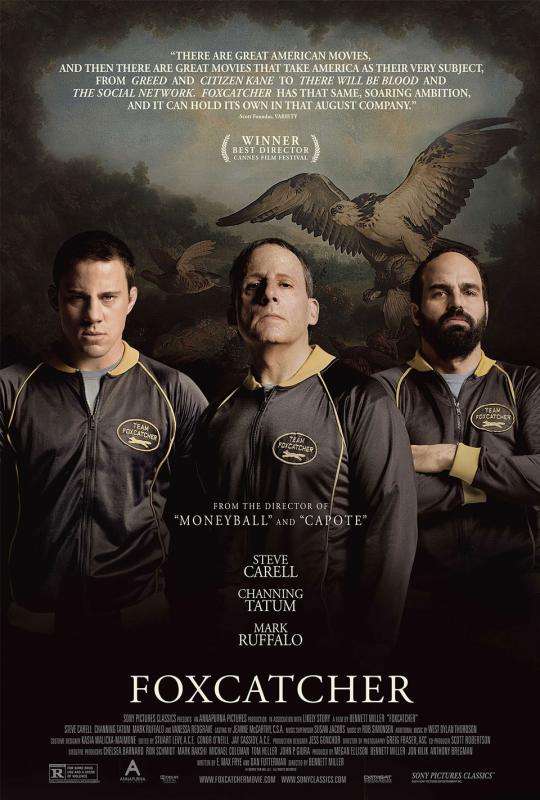 When wealthy John du Pont (Steve Carell) invites Olympic wrestler Mark Schultz (Channing Tatum) to move to his estate and help form a wrestling team for the 1988 Olympics, Mark sees a way to step out of the shadow of his charismatic brother, Dave (Mark Ruffalo). However, du Pont begins to lead Mark down a dark road, causing the athlete’s self-esteem to slip. Meanwhile, du Pont becomes fixated on bringing Dave into the fold, eventually propelling all three toward an unforeseen tragedy.

Based on the shocking true story