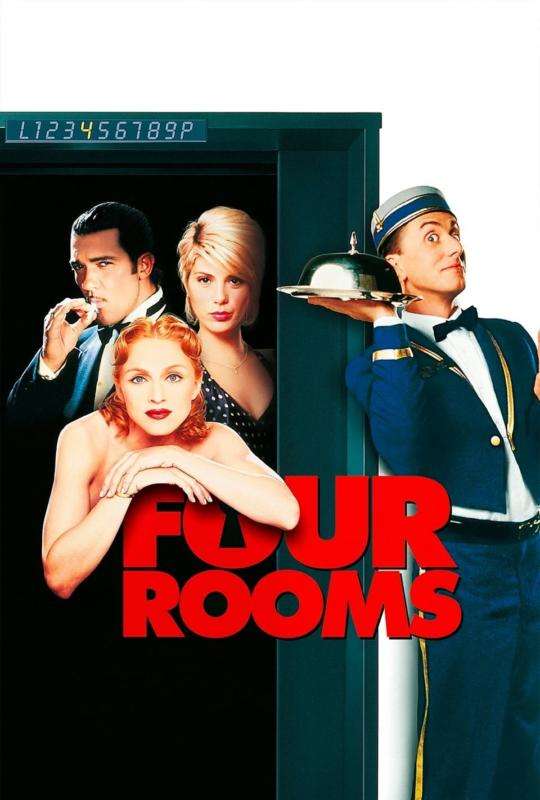 Working New Year’s Eve at a hotel in Hollywood, Calif., the new bellhop, Ted (Tim Roth), has no idea what’s in store for him. Left alone to tend to the guests, Ted soon finds himself in completely over his head. Between a domestic dispute and a demented entourage, spell-casting witches and destructive children, Ted has little hope of making it through the night in one piece. As he tries to maintain order and save his own life, the unlucky bellhop encounters one deranged guest after another.

Twelve outrageous guests. Four scandalous requests. And one lone bellhop, in his first day on the job, who’s in for the wildest New year’s Eve of his life. See more »