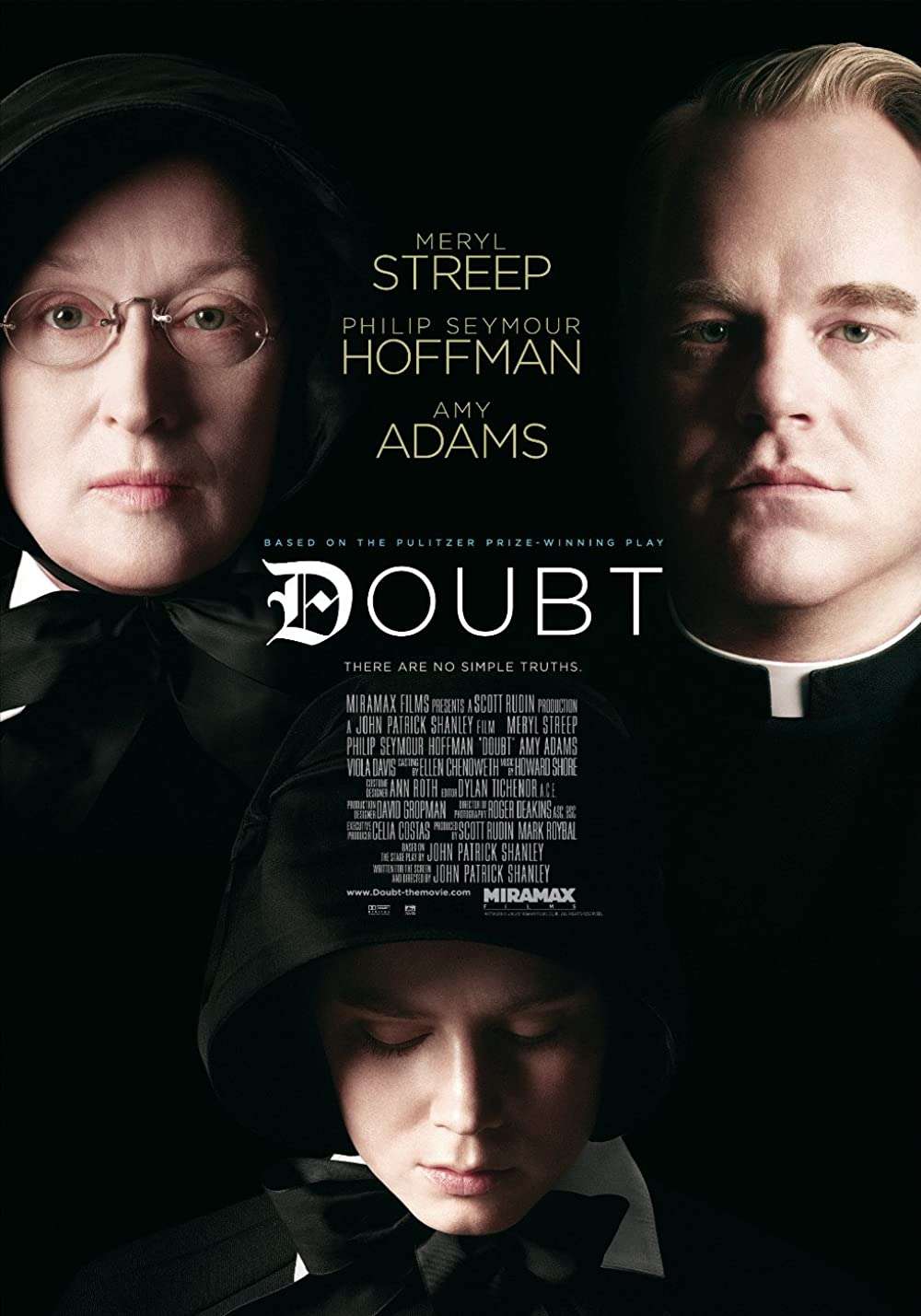 In 1964 the winds of change are sweeping through Sister Aloysius’ (Meryl Streep) St. Nicholas school. Father Flynn (Philip Seymour Hoffman), a charismatic priest, is advocating reform of the school’s strict customs, and the first black student has just been accepted. When a fellow nun (Amy Adams) tells Sister Aloysius that Father Flynn may be paying too much personal attention to the student, Sister Aloysius begins a personal crusade against the priest — despite her lack of evidence.

There is no evidence. There are no witnesses. But for one, there is no doubt.