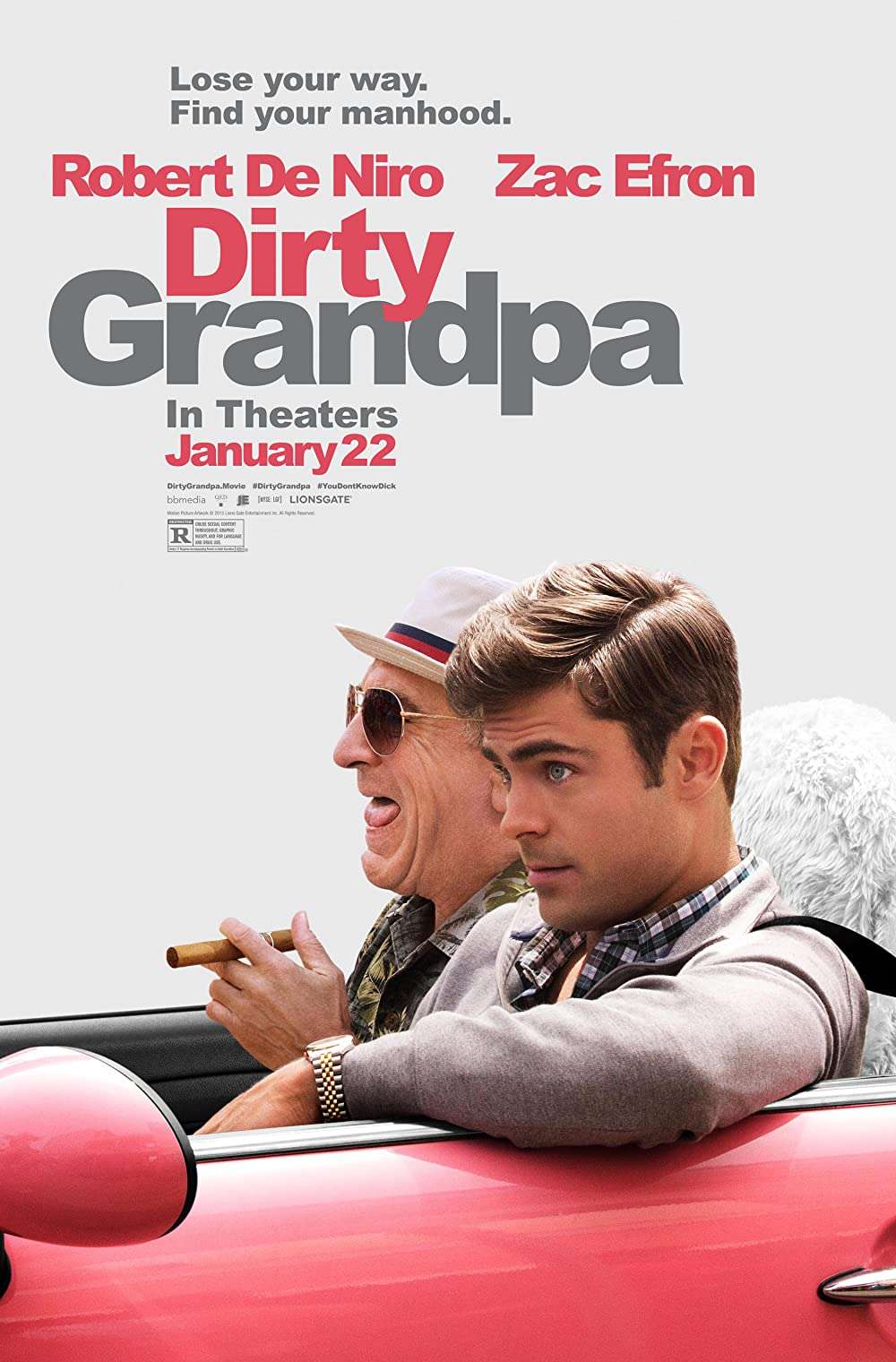 Uptight lawyer Jason Kelly (Zac Efron) is one week away from marrying his boss’s controlling daughter, putting him on the fast track for a partnership at his firm. Tricked by his grandfather Dick (Robert De Niro), Jason finds himself driving the foulmouthed old man to Daytona Beach, Fla., for a wild spring break that includes frat parties, bar fights and an epic night of karaoke. While Jason worries about the upcoming wedding, Dick tries to show his grandson how to live life to the fullest.

This is Jason. He’s a little worried about his grandpa.