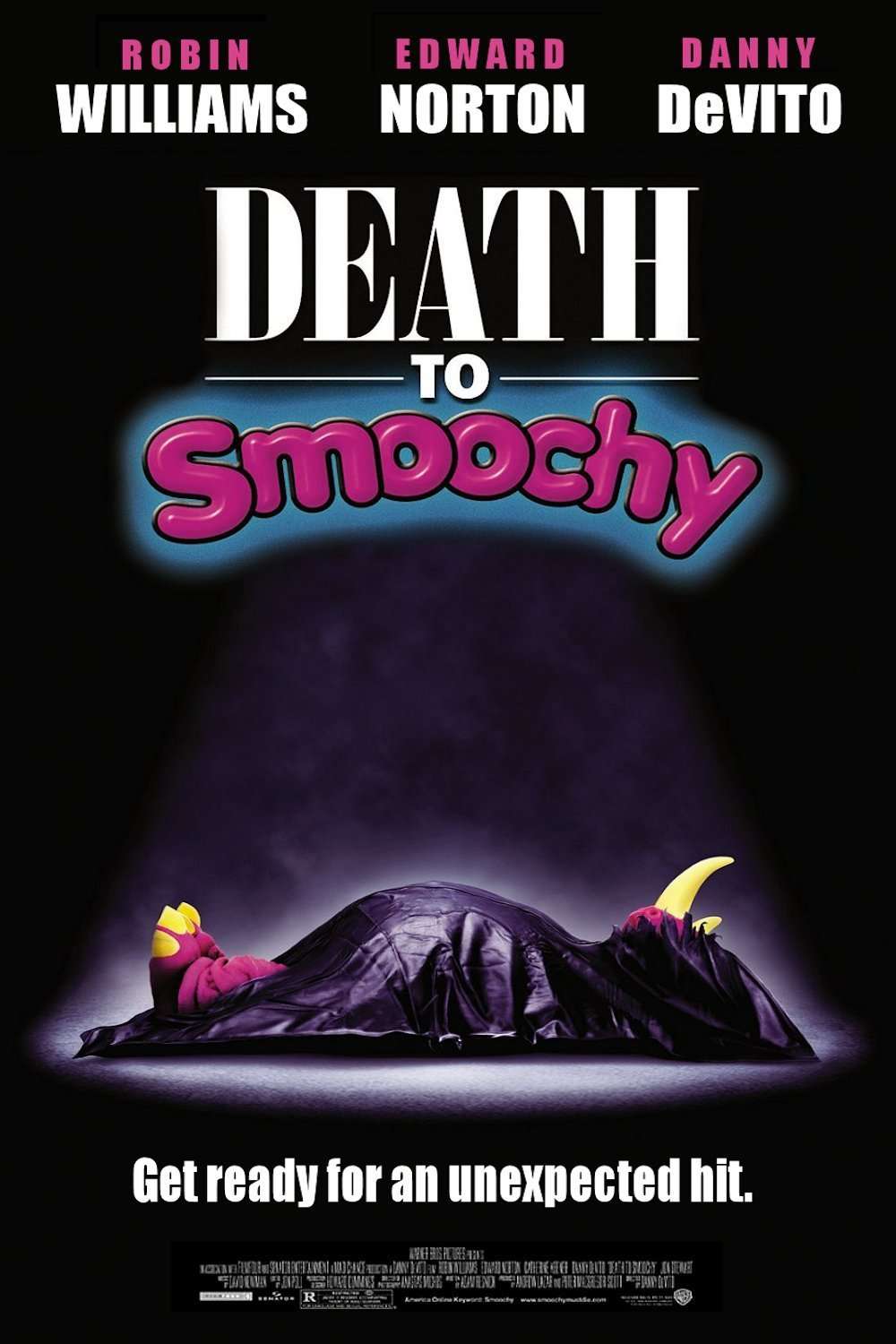 Tells the story of Rainbow Randolph (Robin Williams), the corrupt, costumed star of a popular children’s TV show, who is fired over a bribery scandal and replaced by squeaky-clean Smoochy (Edward Norton), a puffy fuscia rhinoceros. As Smoochy catapults to fame – scoring hit ratings and the affections of a network executive (Catherine Keener) – Randolph makes the unsuspecting rhino the target of his numerous outrageous attempts to exact revenge and reclaim his status as America’s sweetheart.

It’s a kids show… with gangsters, bribery and corruption!