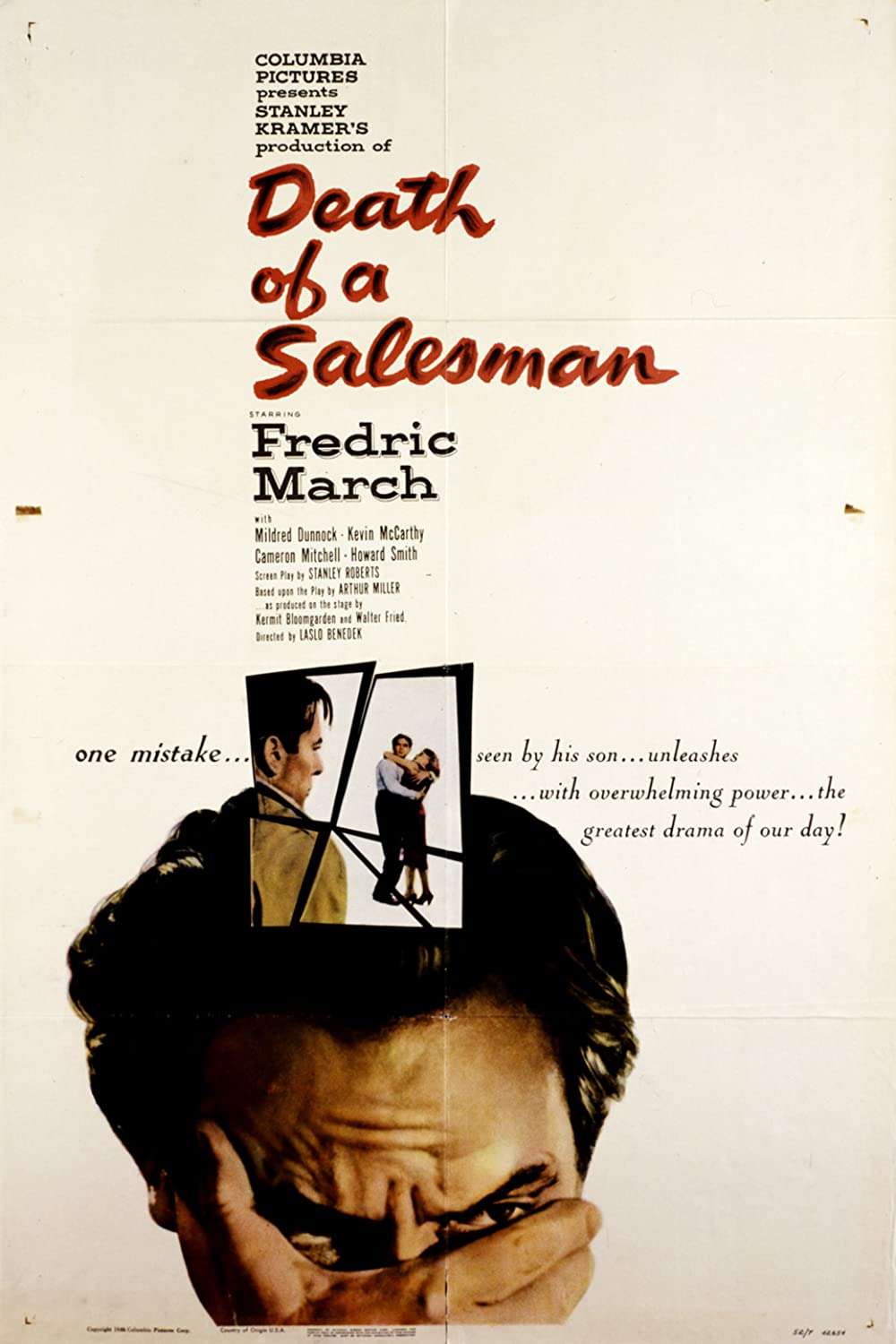 Willy Loman (Fredric March) is an aging salesman who has recently been fired from his job. Dealing with feelings of failure, Willy begins to relive events from the past that involve his older son, Biff (Kevin McCarthy), and his wife, Linda (Mildred Dunnock). Willy tries to learn from past mistakes and works to make amends with his family, but his biggest struggle is to make peace with himself over a failed dream of financial success. Without a job, Willy feels he has no purpose.

ne mistake…seen by his sons…unleashes…in the overwhelming power…the greatest drama of our day!