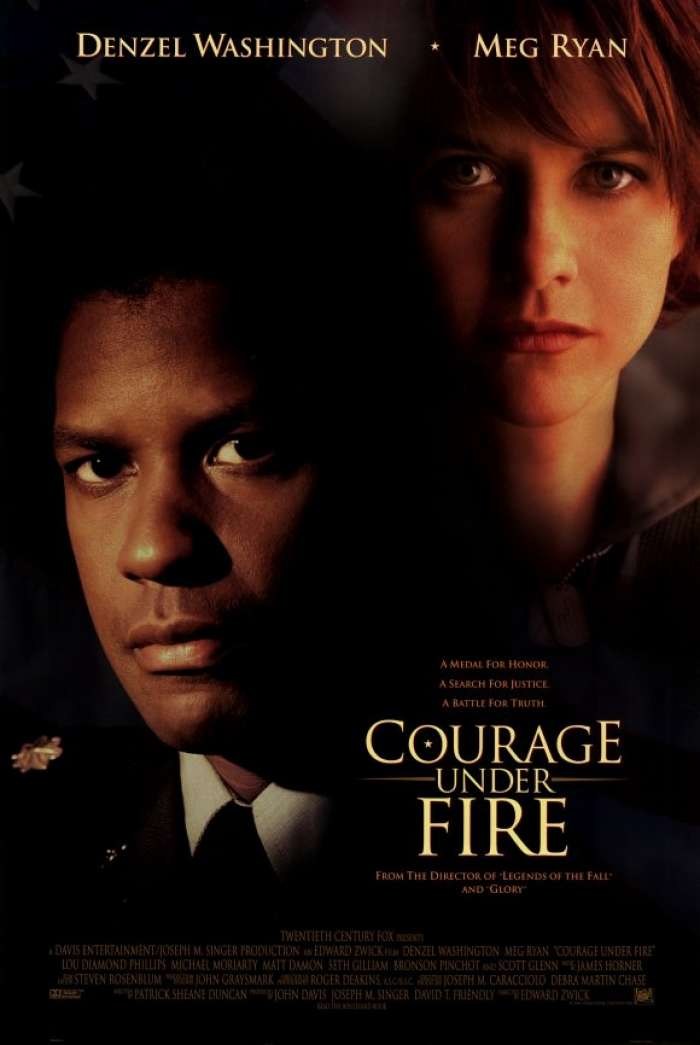 During the 1991 Gulf War, Lieutenant Colonel Nathaniel Serling (Denzel Washington) accidentally caused a friendly fire incident, a mistake that was hushed up by his superiors. Following the war, he is assigned to investigate the case of Army Captain Karen Walden (Meg Ryan), killed in action when her Medevac unit was attempting to rescue the crew of a downed helicopter. But, as Serling interviews the members of Walden’s crew, he realizes their stories about the incident don’t add up.

In wartime, the first casualty is always truth.