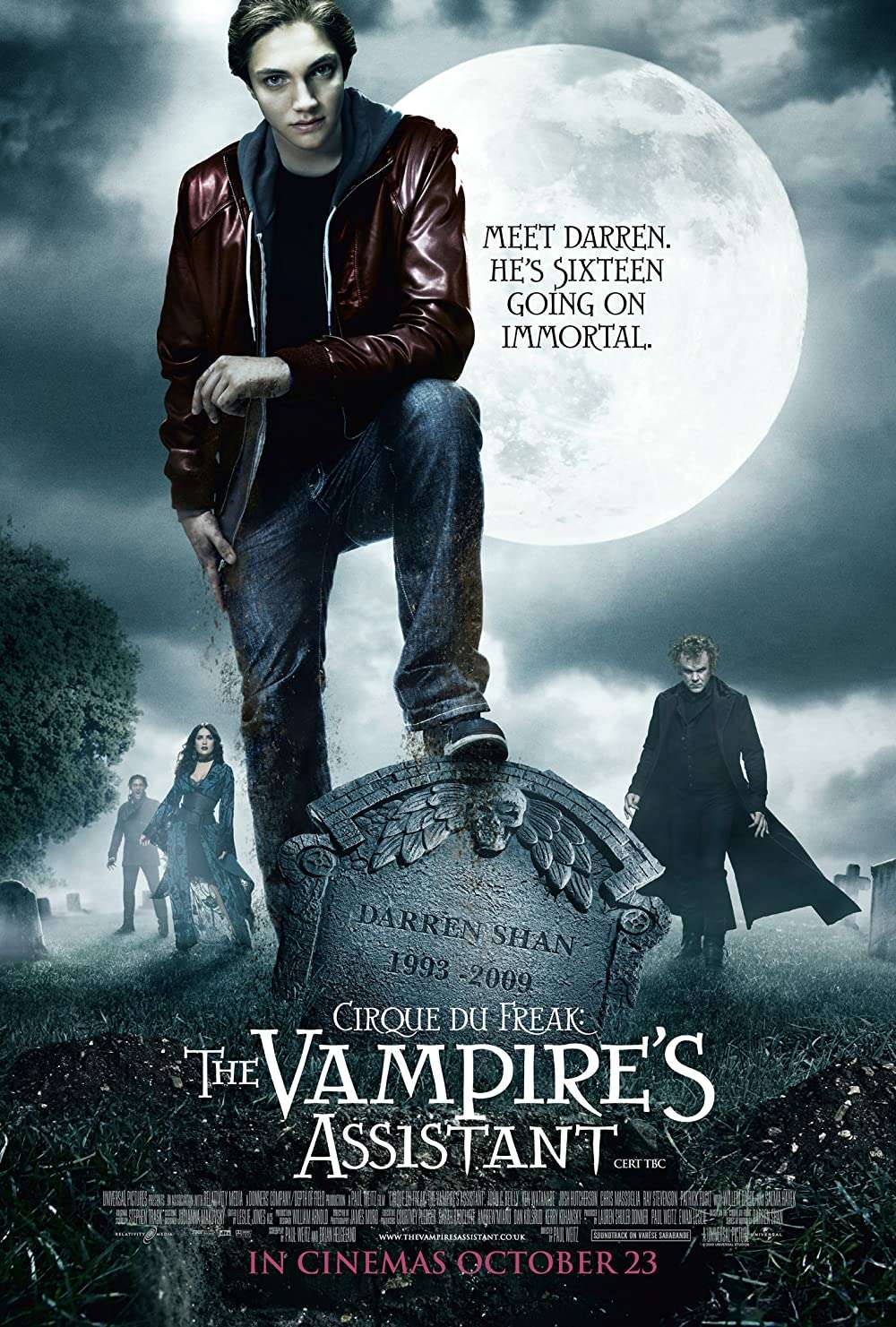 Darren (Chris Massoglia) is just like any other teenager, until the day he encounters the Cirque du Freak and a vampire named Larten Crepsley (John C. Reilly). After Crepsley turns him into one of the undead, Darren joins the traveling sideshow and its parade of weird and monstrous creatures. As he learns to use his newfound powers, Darren unwittingly becomes a pawn in the struggle between vampire factions.