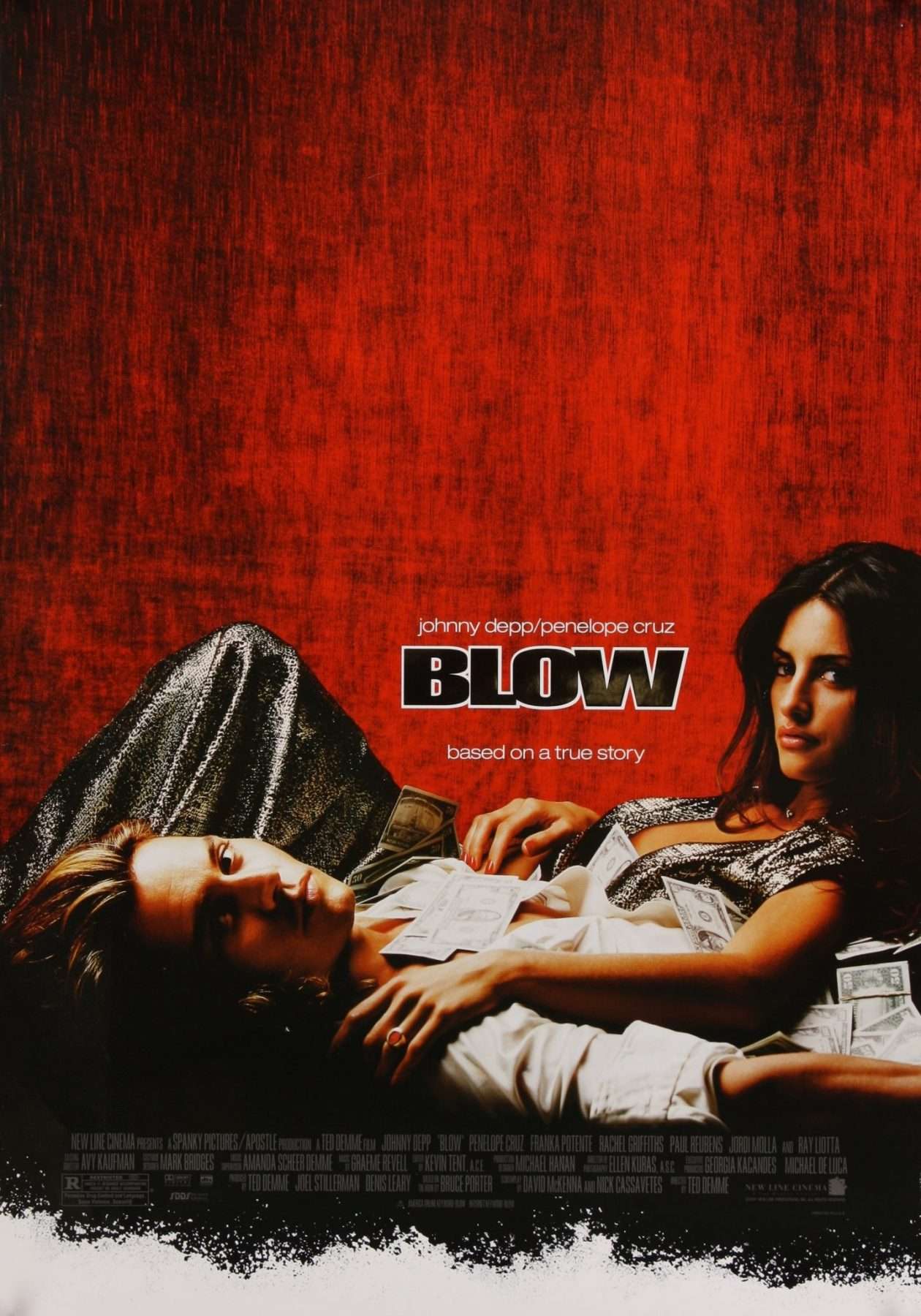 In the turbulence of the 1970s, the international drug trade underwent a fast, violent and lucrative revolution – and one ordinary American was at its center. But in just a few short years, George Jung (Johnny Depp), a high-school football star single-handedly became the world’s premier importer of cocaine from Colombia’s Medellin cartel, changing the course of an entire generation. “Blow” is a high-velocity look at George Jung’s spectacular rise and fall.

Based on a True Story.