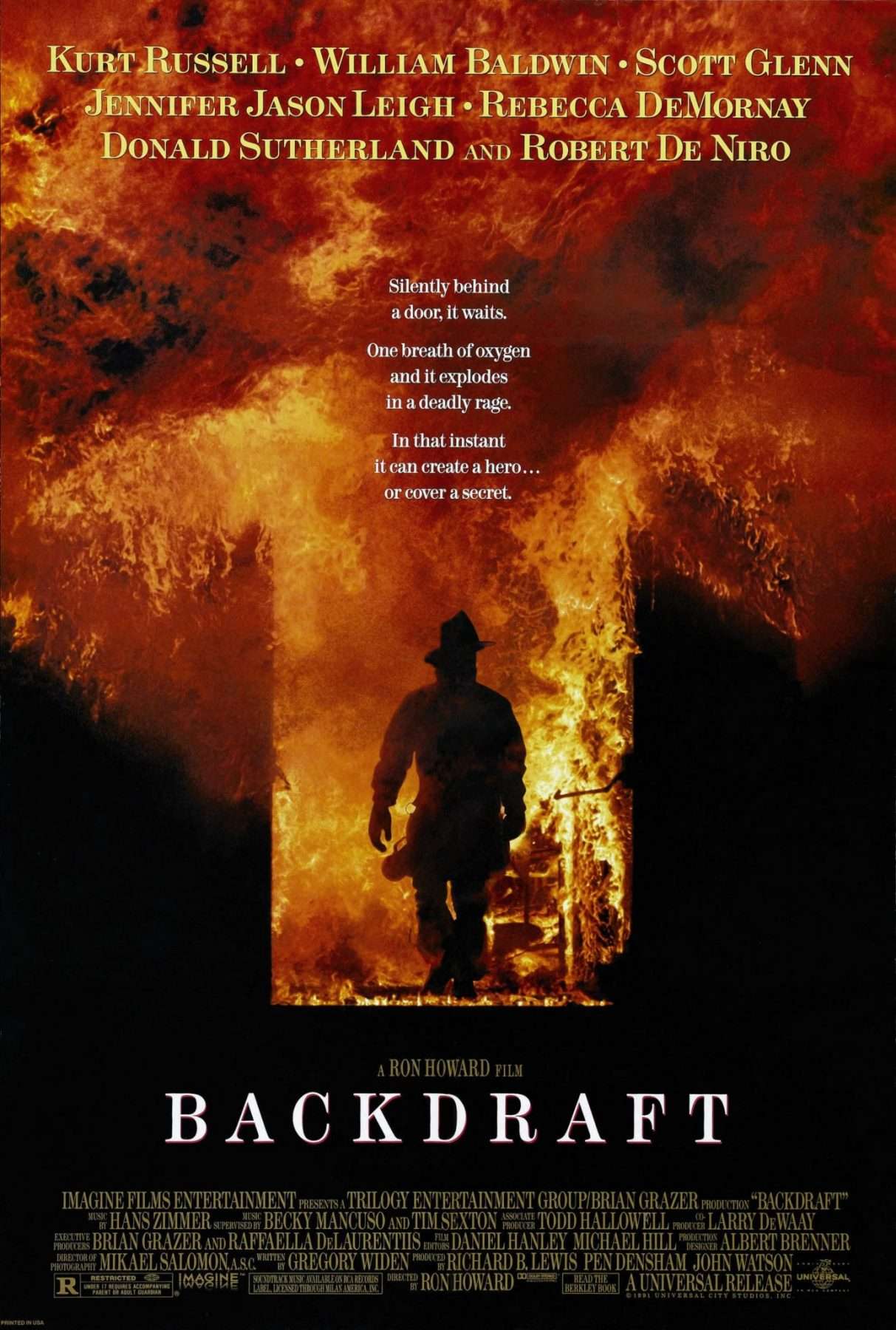 Chicago firefighting brothers Stephen (Kurt Russell) and Brian (William Baldwin) have been rivals since childhood. Brian, struggling to prove himself, transfers to the arson unit. There he aids Don (Robert De Niro) in his investigation into a spate of fires involving oxygen-induced infernos called backdrafts. But when a conspiracy implicating a crooked politician and an arsonist leads Brian back to Stephen, he is forced to overcome his brotherly competitiveness in order to crack the case.

One breath of oxygen and it explodes in a deadly rage.