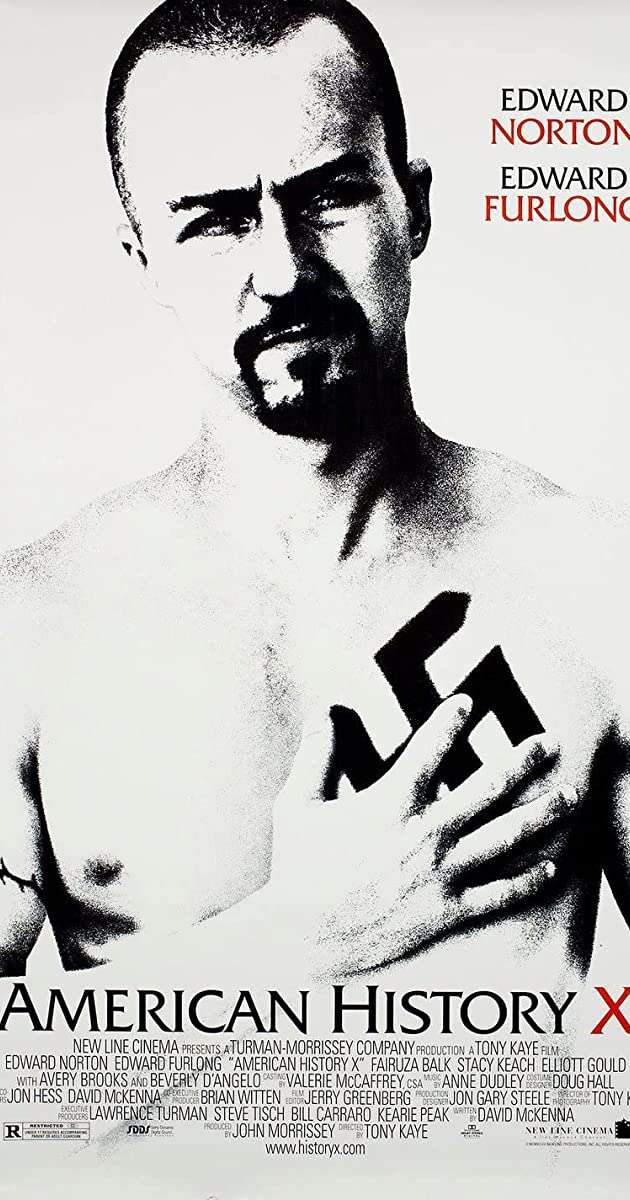 Living a life marked by violence and racism, neo-Nazi Derek Vinyard (Edward Norton) finally goes to prison after killing two black youths who tried to steal his car. Upon his release, Derek vows to change his ways; he hopes to prevent his younger brother, Danny (Edward Furlong), who idolizes Derek, from following in his footsteps. As he struggles with his own deeply ingrained prejudices and watches their mother grow sicker, Derek wonders if his family can overcome a lifetime of hate.

His father taught him to hate. His friends taught him rage. His enemies gave him hope.