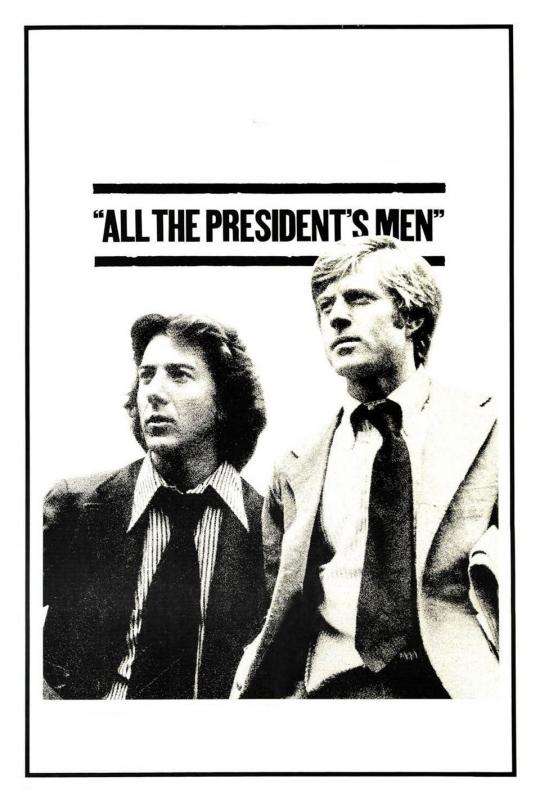 Two green reporters and rivals working for the Washington Post, Bob Woodward (Robert Redford) and Carl Bernstein (Dustin Hoffman), research the botched 1972 burglary of the Democratic Party Headquarters at the Watergate apartment complex. With the help of a mysterious source, code-named Deep Throat (Hal Holbrook), the two reporters make a connection between the burglars and a White House staffer. Despite dire warnings about their safety, the duo follows the money all the way to the top.

At times it looked like it might cost them their jobs, their reputations, and maybe even their lives