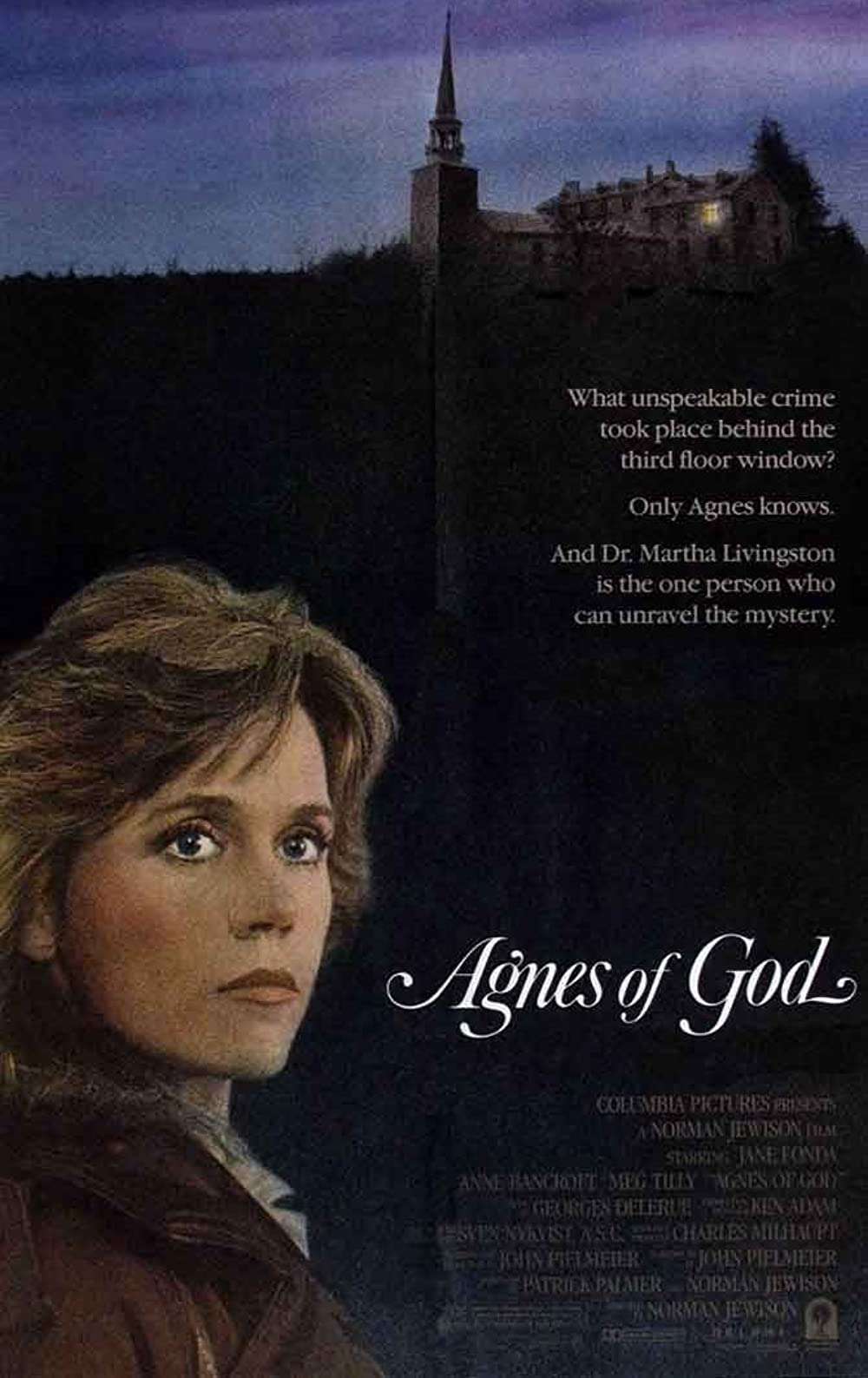 Dr. Martha Livingston (Jane Fonda) is a court-appointed psychiatrist sent to evaluate Sister Agnes (Meg Tilly), a young nun whose infant has been found strangled. With Agnes claiming a virgin conception and having no memory of giving birth, Livingston must distinguish between the lies and the nun’s perception-altering faith. Complicating her investigation, Livingston continually clashes with the overbearing Mother Miriam Ruth (Anne Bancroft), who insists that Livingston leave Agnes alone.

That night, murder wasn’t the only sin.