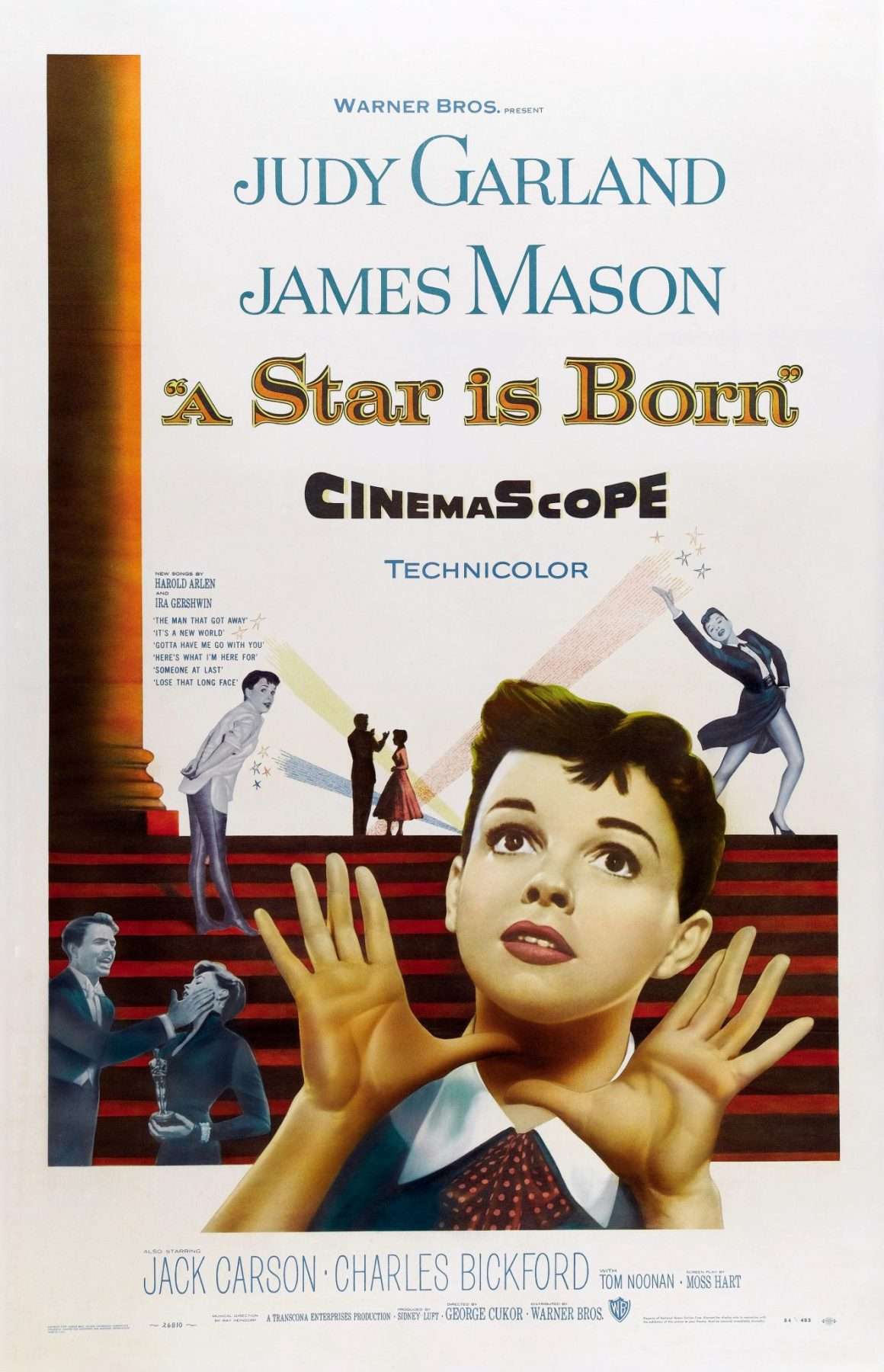 Hollywood actor Norman Maine (James Mason) is a celebrity whose star is on the wane, but when he meets aspiring actress Esther Blodgett (Judy Garland), he is inspired to help her, and soon the two appear in a musical together. Now known as Vicki Lester, she marries Norman and finds herself in demand, while his reputation continues to decline, resulting in heavy bouts of drinking. Eventually, Vicki must choose between moving forward with her career and attempting to save her husband.

The applause of the world — and then this!