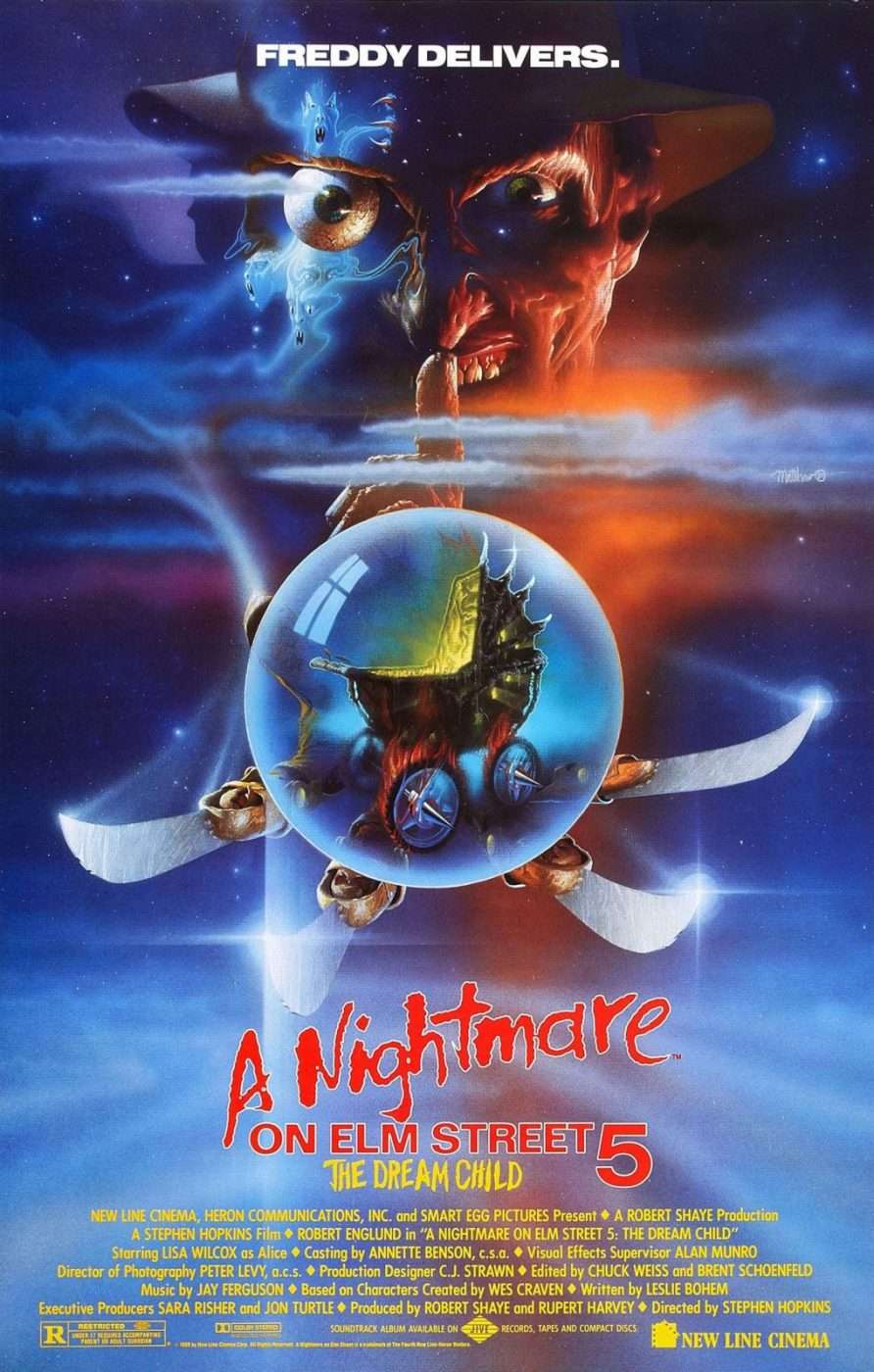 The fifth installment of the popular franchise focuses on Alice (Lisa Wilcox), a survivor of the fourth, who believes Freddy Krueger (Robert Englund) has been eliminated for good. She optimistically hopes to start a life with fellow survivor Dan (Danny Hassel). The nightmares begin soon enough, though, and Alice learns she is pregnant. When her friends start dying, Alice suspects that Freddy is using the fetus within her as a weapon. Can she fight the demon while protecting her unborn child?