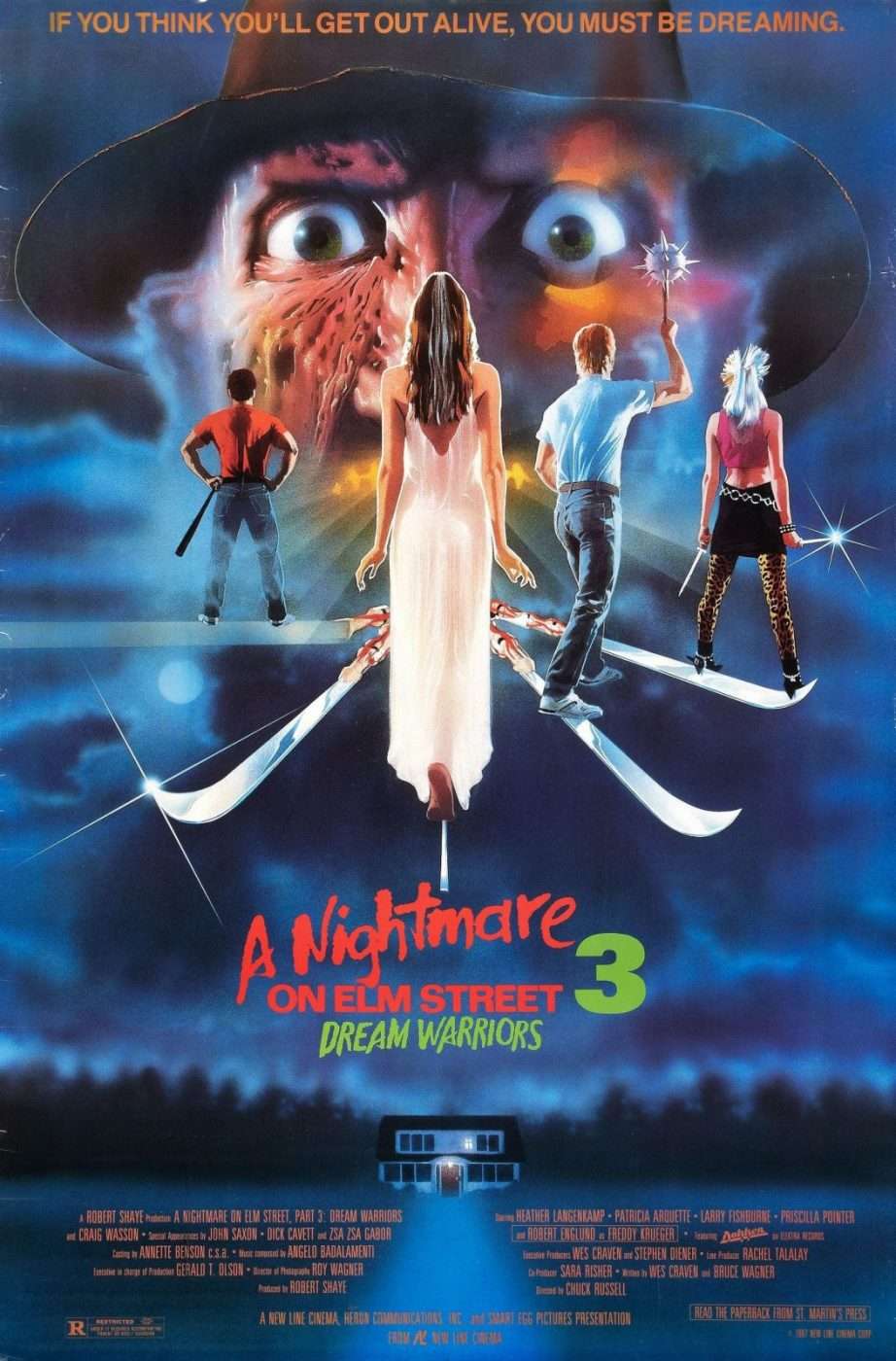 During a hallucinatory incident, young Kristen Parker (Patricia Arquette) has her wrists slashed by dream-stalking monster Freddy Krueger (Robert Englund). Her mother, mistaking the wounds for a suicide attempt, sends Kristen to a psychiatric ward, where she joins a group of similarly troubled teens. One of the doctors there is Nancy Thompson (Heather Langenkamp), who had battled Freddy some years before. Nancy senses a potential in Kristen to rid the world of Freddy once and for all.

If you think you’ll get out alive, You must be dreaming.