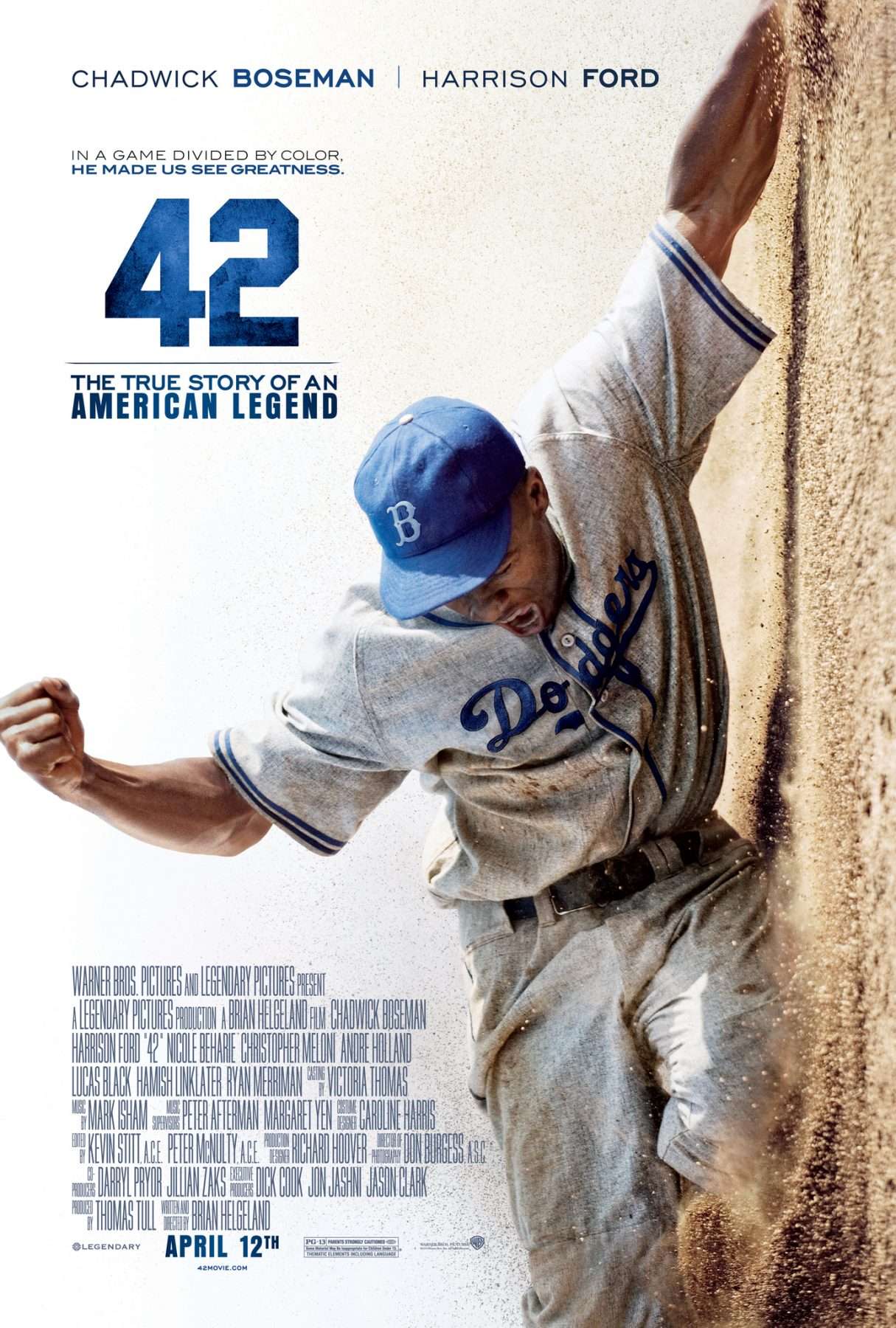 In 1946, Branch Rickey (Harrison Ford), legendary manager of the Brooklyn Dodgers, defies major league baseball’s notorious color barrier by signing Jackie Robinson (Chadwick Boseman) to the team. The heroic act puts both Rickey and Robinson in the firing line of the public, the press and other players. Facing open racism from all sides, Robinson demonstrates true courage and admirable restraint by not reacting in kind and lets his undeniable talent silence the critics for him.

In a game divided by color, he made us see greatness.