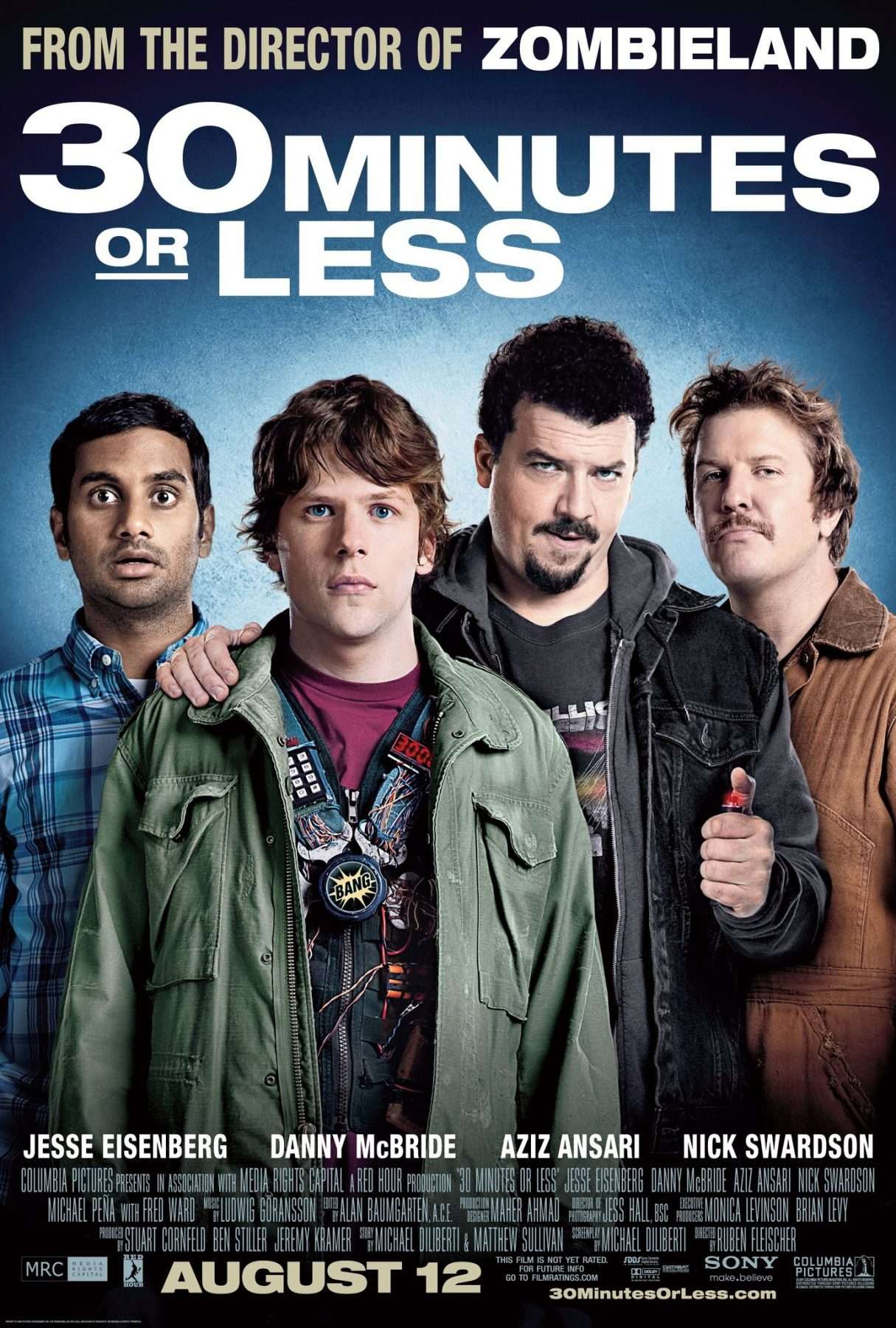 Nick (Jesse Eisenberg) is a pizza deliverer who lives a fairly ordinary, boring life — until he crosses paths with two aspiring criminal masterminds (Danny McBride, Nick Swardson), who kidnap him, strap a bomb to his chest and force him to rob a bank for them. Nick doesn’t get much time to pull off the difficult task, so he enlists the aid of Chet (Aziz Ansari), his estranged pal. As time ticks away, Nick and Chet face many obstacles, not the least of which is their volatile relationship.

A lot can happen in 30 minutes.