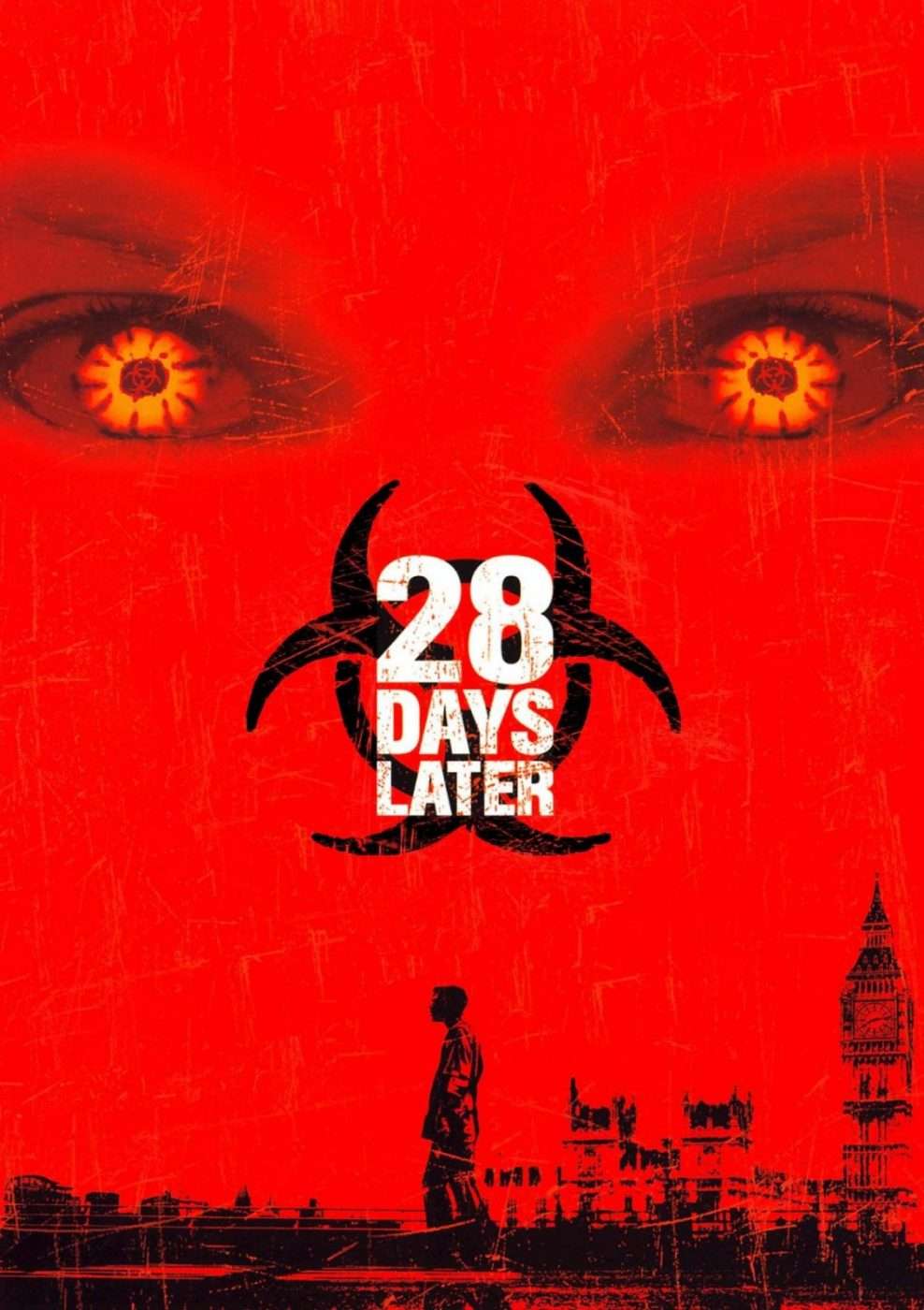 A group of misguided animal rights activists free a caged chimp infected with the “Rage” virus from a medical research lab. When London bike courier Jim (Cillian Murphy) wakes up from a coma a month after, he finds his city all but deserted. On the run from the zombie-like victims of the Rage, Jim stumbles upon a group of survivors, including Selena (Naomie Harris) and cab driver Frank (Brendan Gleeson), and joins them on a perilous journey to what he hopes will be safety.