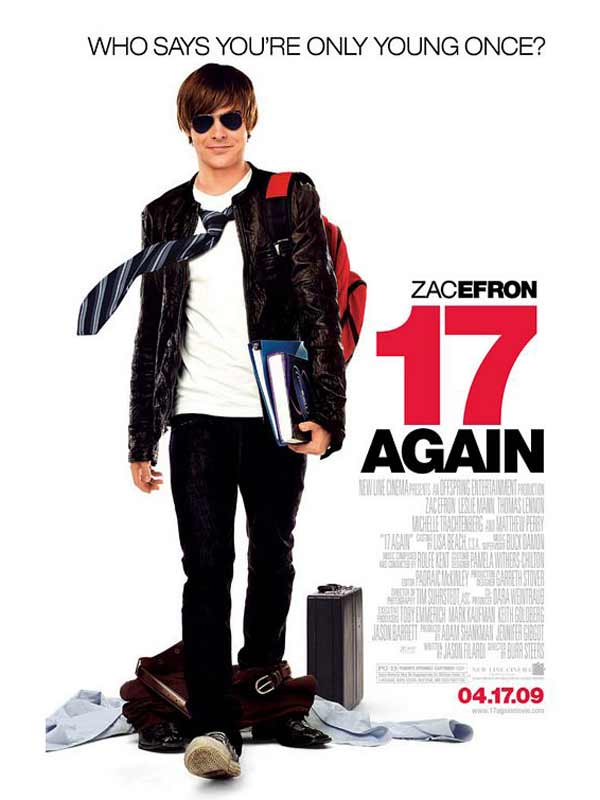 Mike O’Donnell (Matthew Perry) was a high-school basketball star with a bright future, but he threw it all away to marry his girlfriend and raise their child. Almost 20 years later, Mike’s marriage has failed, his kids think he’s a loser, and his job is going nowhere. He gets a chance to correct the mistakes of his past and change his life when he is miraculously transformed into a teenager (Zac Efron), but in trying to fix his past, Mike may be jeopardizing his present and future.

Who says you’re only young once?