How to Write a Voice Over in a Script 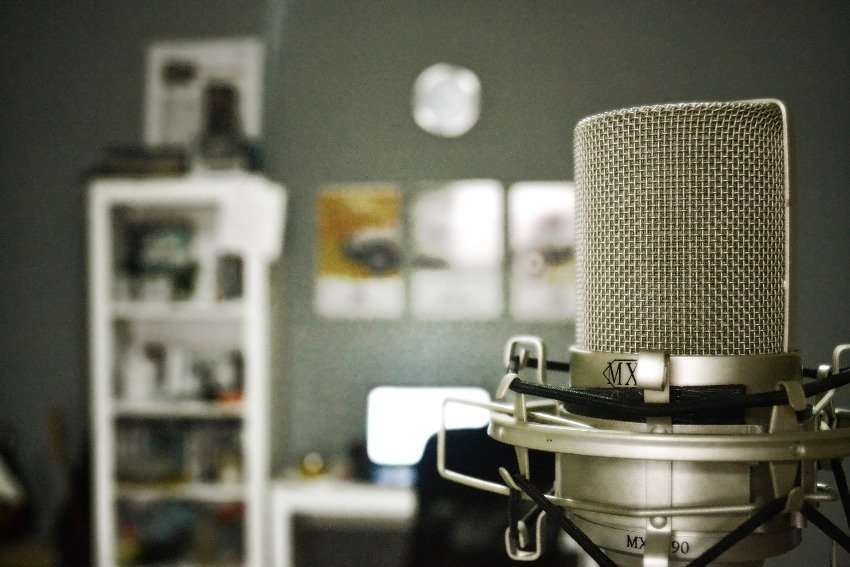 Voice-Over has been a constant in script writing, all the way back to the early days of the silver screen, but in recent years, the technique seems to have fallen out of popularity.

A question consistently, and nervously asked of me is:

‘Should I be using Voice-Over in my Scripts?’

Now, the consensus in modern scriptwriting is no – Voice-Over is a thing of the past and should be used sparingly, if at all. But, this is just another school of thought or differing teaching on scriptwriting techniques, in the same way in which educators often steer writers away from using Flashbacks or Cutaways.

This ‘no, don’t use Voice-Over‘ is, however, more uncommonly paired with the alternative, yes, you can use Voice-Over – if you know how to do so effectively.

Those arguing to ignore Voice-Over tend to do so as a suggestion to writers to instead focus their scripts on ‘showing’ and not ‘telling’. That is, don’t tell us what’s going on or what the characters think and feel – show us.

Use visual clues or crafty dialogue to help us engage with characters and allow us to work out for ourselves their thoughts, feelings, needs, desires, aspirations, and more – without drifting into an internal monologue.

Instead of featuring a character monologuing about their run-down hometown or hi-tech spaceship – let’s see it.

Let’s see them walk through it, kick the dusty ground with disappointment, or stroke lovingly at a brand new control panel.

‘Telling’ likens Voice-Over to a simple narrative device to provide commentary on a scene and reveal a character’s thoughts as if they are speaking directly to us.

Instead of monologuing about the spaceship, show us the character mend a trailing cable or inspect a singed panel. Likewise, the exposition about the rebels here is unnecessary – all we need to know is that the ship is in a state of disrepair but the character still takes pride in it.

How to show and not tell?

To effectively use Voice-Over, instead of telling an audience what a character thinks of a person or how they’ve come to know them, try showing us.

Script their body language, their movements, their eye contact – or better yet – establish their relationship and the scene’s premise through dialogue. This will also give us information about the other character and allow us to gauge our own opinions.

For instance, look at this example of a scene, written in two different ways – the first version utilising ‘telling’, internal monologue-style Voice-Over:

And the second showing the protagonist’s feelings and thought processes through dialogue and action:

A more interesting scene has been created here through action and dialogue in place of tell-all narration. If you can imagine the scene visually rather than spelling it out for the audience, go for it.

How to write effective Voice Over in a Script?

Of course, there are many ways of incorporating and formatting Voice-Over into your script to enhance it, rather than it being supplementary to the action.

A commonly used Voice-Over technique is formatting a character reading a letter or diary. Often, diary-reading is the framework for narration – think Taxi Driver – but I’m focusing on Voice-Over by other characters not featured in a scene. This can be seen here:

This technique could be overdone and should be used sparingly, but it can be effective if whatever the character is reading is particularly long or wordy – i.e. a letter going over several pages or, indeed, a diary entry.

Next time you’re watching your favourite TV Show or Movie and see something written on-screen on the likes of a letter, would you be comfortable reading it yourself or would you prefer someone to read to you?

Use this to gauge whether to use Voice-Over or visual signage in your own script.

Another common way of including Voice-Over which allows us to listen to a character’s internal monologue without compromising the narrative is run-on dialogue. This is when a character’s dialogue with another character can be heard within a scene, despite that action not yet taking place.

This can be seen in the above example, where what we see on-screen correlates with what the Protagonist is saying in a different scene.

FORMATTING A VOICE OVER

How to format a Voice Over in a script?

When formatting Voice-Over, the designation (V.O.) should appear beside a character’s name in order to distinguish itself. (V.O.), however, should also be used for characters who are not present in a scene but can be heard through technology i.e. through a telephone, radio, or the TV.

However, if you are planning to use a character’s voice in a scene where they are present but out of shot or in an adjoining space, the (O.S.) or Off-Screen designation should instead be used.

An alternative to this is (O.C.) or Off-Camera, and either is valid as long as there is consistency within a script. Try to decide at the beginning of writing if you prefer (O.S.) or (O.C.) – don’t mix and match!

Whatever you use, (O.S.) and (O.C.) differ from Voice-Over because we are not inside a character’s head, and the character is not at a distance i.e. through a phone. Be careful when you are formatting your script to use the correct (V.O.) or (O.S.) or else your scene may come across unintentionally differently to a script reader, producer, director, or actor who will need to know their cues.

Voice Over in different genres

A final use for Voice-Over is linked to genre – for instance, if you are writing a documentary or even a mockumentary, you may be more inclined to have a narrator present. However, this doesn’t mean that a narrator needs to be present in a fantasy or a thriller – as stated previously, think about whether you can express the narration visually or through dialogue.

One of the most famous expositional narrations which establishes the world of a film comes from Star Wars – and it is entirely visual.

Think about that iconic title crawl and ask yourself, does it need a narrator?

What about the beginning of The Blues Brothers – we don’t need a Voice-Over to explain who Jake and Elwood are, or where their story takes place.

Clever dialogue, signage, and visual clues are all that is required to ease us into the film.

When to use Voice Over in a script?

So, take a closer look at your script and think –

Is your characterisation and dialogue effectively revealing to the audience what they need to know without narration?

Is your formatting clear enough to distinguish if a character’s voice is coming from another room, from inside their head or from another place entirely?

Does your internal monologue or narration need to be there, or can you use your skills as a writer to ‘show’ instead of ‘tell’?

Eden Luke McIntyre is a Scottish writer, editor and script consultant. His qualifications include a Master’s Degree in TV Fiction Writing and Bachelor of Arts with Honours Degrees in Film & Media Studies and English Studies, specialising in Scriptwriting, Creative Writing and Researching the Media. Beyond consulting on scripts, Eden writes original content for radio, stage and online and was appointed as a BBC Writers Room Scottish Voice in early 2020.